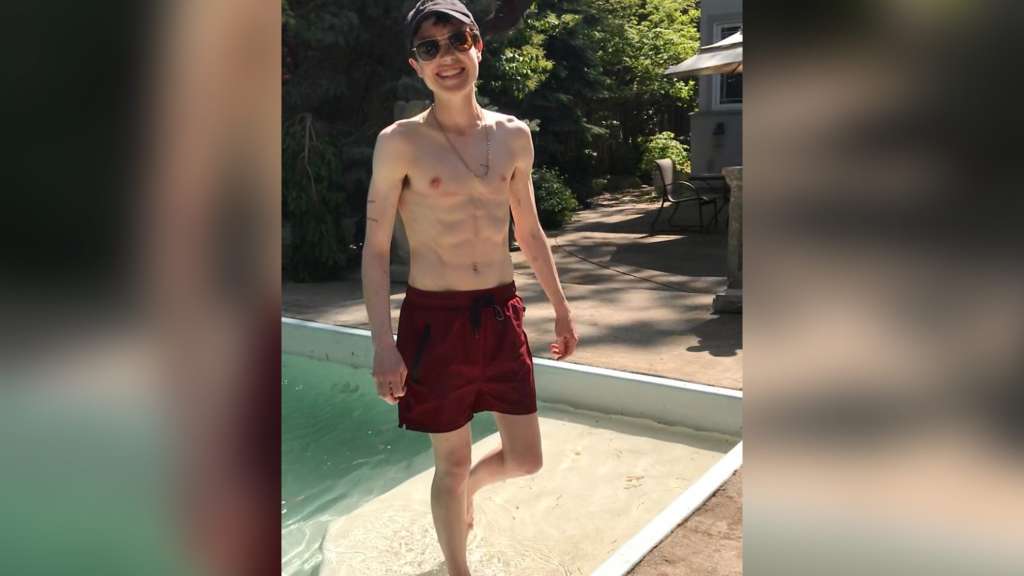 (CNN) — Elliot Page has shared a photo of a milestone moment since revealing details of his “life changing” surgery.

The Oscar-nominated star posted a shirtless picture of himself spending a joyful moment by the pool to Instagram Monday, captioned: “Trans bb’s first swim trunks.”

In December, the “Juno” and “X-Men: Days of Future Past” star announced that he is transgender and shared with fans that he/ they were the actor’s preferred pronouns.

The actor recently opened up about his transition surgery, describing it as “life-saving” and explaining that it led him to feel comfortable in his body for the first time.

Discussing his surgery during an interview with Oprah Winfrey, Page said: “I want people to know that not only has it been life changing for me, I do believe it is life-saving and it’s the case for so many people.”

“It’s, you know, getting out of the shower and the towel is around your waist, and you’re looking at yourself in the mirror and you’re just like ‘There I am,'” he said.

“And I’m not having the moment where I’m panicked… It’s being able to touch my chest and feel comfortable in my body probably for the first time.”

In March, he became the first transgender man ever to appear on the cover of Time magazine.