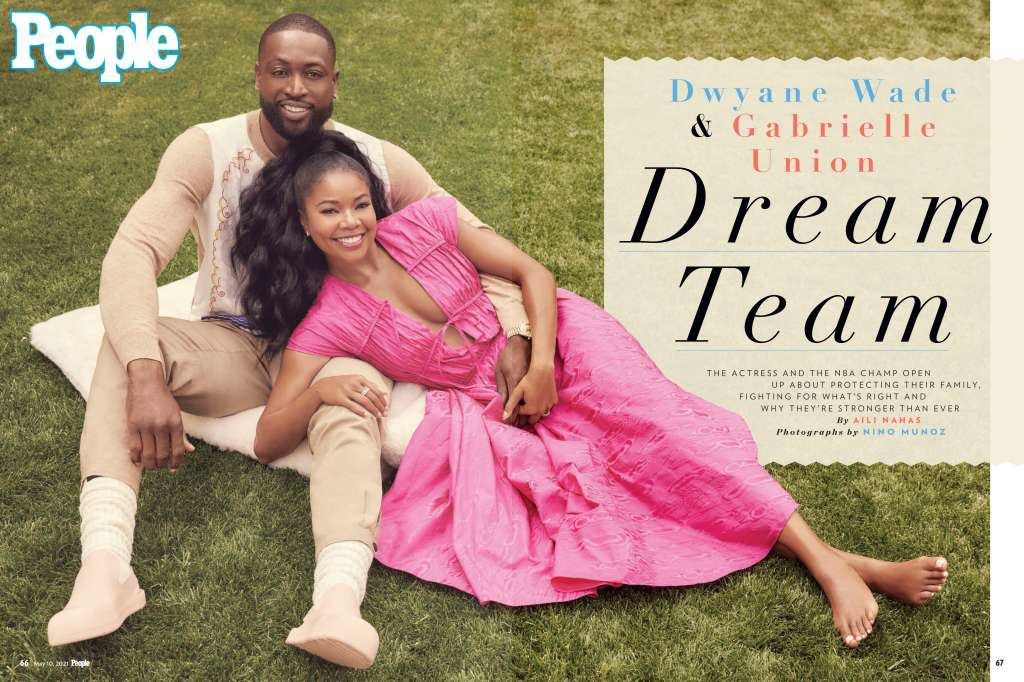 It’s all about the kids for Dwyane Wade and Gabrielle Union. The superstar couple opened up about their parenting style with People Magazine. They’ve also talked about their new children’s book. They say their philosophy is all about family first.

Like any parents, Gabrielle Union and Dwyane Wade are just trying to get it right.

Dwyane Wade: “We push, we motivate, but in the lane they want to.”

The power couple opening up about their new book, “Shady Baby”, which, they say, is about their spirited 2-year-old daughter, Kaavia James, who’s taught them about being your free self.

Gabrielle Union: “Watching Kav be her full self everyday and us not selling her as this, like, cutesy thing, nope, she’s gonna have on what she has on. There might be a booger, but who cares.”

The actress and NBA all-star welcomed the toddler via surrogate in 2018, who apparently rules the roost!

Dwyane Wade: “So many people see themselves in Kaav, and it’s weird to me because she’s 2 years old, but so many people are able to share in what we share, and you see yourself in her. Some days, you don’t feel like doing your hair, and some days, you want to give people shade.”

The couple say their philosophy is let kids be their authentic selves, not affected by other people’s opinions.

Wade’s 13-year-old daughter from a previous marriage is transgender. He says their goal is to make her and all their kids feel loved.

But probably the biggest thing the couple revealed is they’re not perfect!

Dwyane Wade: “I think we have a good combination of it all, and there’s times where we still miss the mark. There are times where my wife will not talk to me for a week — silence — if we not connected, and we both are like, ‘OK, let’s figure this out.'”

Go to peopletv.com for more video, and the issue hits newsstands on Friday.