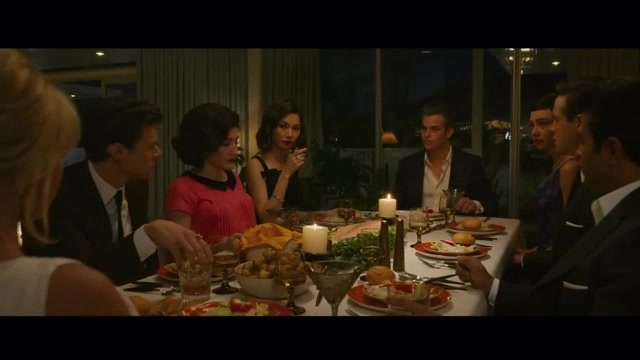 (CNN) — One of the films set to debut at the Venice Film Festival on Monday is already getting talked about. Less for the film, perhaps, than headlines involving those attached to the project.

There was already buzz for the movie given its A-list cast, the psychological thriller’s intriguing trailer, and the fact Wilde and Styles are reportedly dating. (The two have not publicly commented on their personal relationship.)

Interest in the movie reached new heights after a recent Variety interview with Wilde in which she addressed being served legal documents at a CinemaCon event for “Don’t Worry Darling” and disputed speculation about pay inequity on the film.

“There has been a lot out there that I largely don’t pay attention to,” Wilde told Variety. “But the absurdity of invented clickbait and subsequent reaction regarding a nonexistent pay disparity between our lead and supporting actors really upset me. I’m a woman who has been in this business for over 20 years, and it’s something that I have fought for myself and others, especially being a director. There is absolutely no validity to those claims.”

Pugh, the lead actor in the film, has said she’d like the movie covered beyond the intimate scenes she shares with Styles.

“When it’s reduced to your sex scenes, or to watch the most famous man in the world go down on someone, it’s not why we do it. It’s not why I’m in this industry,” Pugh told Harper’s Bazaar. “Obviously, the nature of hiring the most famous pop star in the world, you’re going to have conversations like that. That’s just not what I’m going to be discussing because [this movie is] bigger and better than that. And the people who made it are bigger and better than that.”

Pugh will walk the red carpet at the Venice Film Festival, but will not be participating in the film’s press conference earlier Monday due to a scheduling conflict with another project she’s filming, according to a report from Deadline.

Then there were additional headlines about actor Shia LaBeouf’s former attachment to the project.

The actor was originally cast to play the role that eventually went to Styles. Wilde told Variety that while she is “such an admirer of his work,” LaBeof’s “process was not conducive to the ethos that I demand in my productions.”

“He has a process that, in some ways, seems to require a combative energy, and I don’t personally believe that is conducive to the best performances. I believe that creating a safe, trusting environment is the best way to get people to do their best work,” she said. “Ultimately, my responsibility is to the production and to the cast to protect them. That was my job.”

LaBouf disputed the suggestion that he had been let go from the production in a subsequent story for Variety, stating that he “quit the film due to lack of rehearsal time” and providing the publication with purported communication between him and Wilde in which his exit from from film was discussed.

CNN has reached out to representatives for LaBeouf, Wilde and Styles for comment.

“Don’t Worry Darling” is being distributed by Warner Bros. Pictures, which is owned by CNN’s parent company. The film premieres Monday night in Venice and will debut in theaters on September 23.