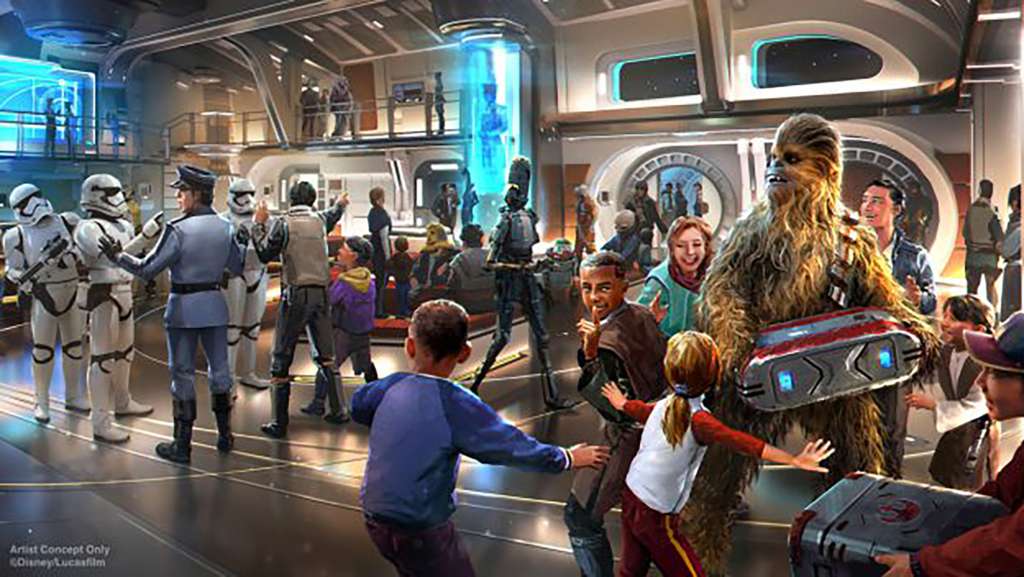 Think cruise but, you know, far, far away.

“Star Wars: Galactic Starcruiser is a completely new type of experience,” said Ann Morrow Johnson, executive producer for Walt Disney Imagineering, in a Disney blog post. “You’re going to live onboard a star cruiser…and you can get wrapped up in the larger Star Wars story.”

Though reservations are set to begin this year, the actual experience won’t open until 2021, at the Walt Disney World Resort in Florida.

That’s when they’ll “simulate the experience of blasting off into space,” explained Johnson.

Upon landing on the starcruiser, fans will enter through the atrium and experience the full spaceship adventure.”Everything in the spaceship wants to reinforce that feeling of you’re on a star cruiser, in a galaxy far, far away,” Johnson said.

Even the accommodations feature bunk beds similar to what Chewy has used in the movies, Johnson said.

It’s been a good few months for the popular movie franchise, whose latest release “The Rise of Skywalker” brought in $32 million in the US on Christmas alone.

“The Mandalorian,” a Disney+ show taking place within the “Star Wars” universe, has also seen success, especially with the popularity of its Baby Yoda character.

All of this follows last year’s unveiling of “Star Wars”: Galaxy Edge — an expansive Star Wars-themed land in both Disneyland and Disney World.