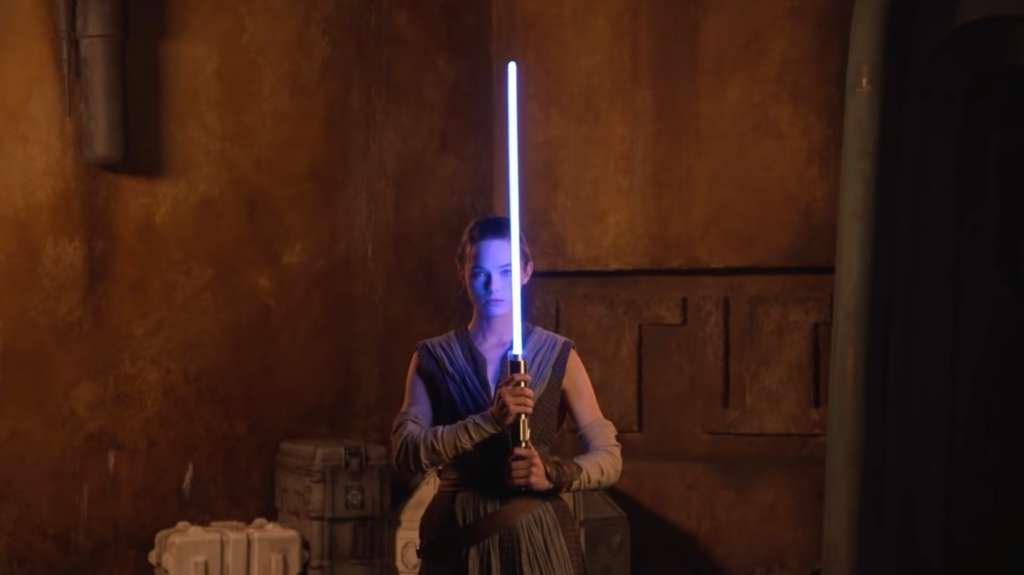 (CNN) — Ever since “Star Wars” premiered in 1977, kids and adults alike wanted to get their hands on a lightsaber. The “elegant weapon for a more civilized age” is one of the most famous props in movie history and pop culture — and now Disney has apparently created a “real” one.

Disney Parks released a very short clip of what appears to be a working lightsaber on Tuesday, May 4, which is known as Star Wars Day (May the 4th Be With You. Get it?).

The 13-second clip showed off a Disney performer dressed as the “Star Wars” hero Rey turning on a lightsaber, with a solid, retractable blade of light extending from the hilt, just like in the movies. It’s not a visual effect or a camera trick — it’s as real as a lightsaber can get in this galaxy.

Of course, Disney didn’t actually create a laser sword that’s capable of cutting off your son’s hand because he refuses to join you in ruling the galaxy.

Rather, the company’s Imagineers — designers of Disney’s parks, rides, gadgets and hotels — created the device to function like a real lightsaber in that the “blade” of light extends from the base of the sword.

The saber isn’t for sale, at least not yet. But fans can soon see it in action at Disney’s new “Star Wars: Galactic Starcruiser,” an immersive Disney hotel that will open in 2022 and allow guests to live out adventures from the lucrative franchise.

“Watching that lightsaber activate right before your eyes will be just one of the countless ways that, from the moment you arrive to the moment you depart, you’ll be plunged into a Star Wars story where your decisions and actions — or even the casual conversations you may have — determine how your personal journey unfolds,” Disney Parks wrote in a blog post on Tuesday.

The functional lightsaber and the “Galactic Starcruiser” experience represent how Disney is evolving its parks beyond just rides and hotels.

Meanwhile, the Marvel-themed “Avengers Campus” will open at Disney’s California Adventure on June 4.

Disney’s park division is trying to rebound after one of its hardest years ever due to closures and layoffs caused by the Covid-19 pandemic. Disneyland, the company’s flagship resort in California, just reopened its doors last week after a year-long shut down.

D’Amaro told CNN Business last month that the future of Disney’s resorts will be “fresh” and “technology-ridden.”

“It’s going to be incredibly relevant to guests all around the world,” he said. “Every single day, these parks are changing.”