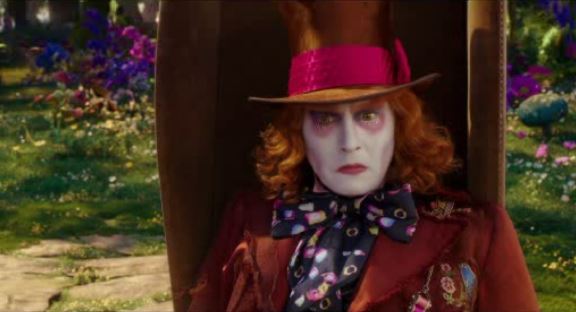 NEW YORK (AP) — Johnny Depp’s “Alice Through the Looking Glass” bombed over the Memorial Day weekend with just $28.1 million through Sunday in North American theaters, while “X-Men: Apocalypse” debuted on top with an estimated $65 million.

The anticipated showdown of the two big-budget films turned out to be little contest for 20th Century Fox’s latest “X-Men” installment. Both films were lambasted by critics, and neither drew the audience many expected over the holiday weekend.

Disney’s “Alice Through the Looking Glass” had more than bad reviews to deal with. On Friday, as the film was hitting theaters, Amber Heard, Depp’s wife, was granted a restraining order after alleging the actor previously assaulted her. She appeared in Los Angeles Superior Court on Friday with a bruise on her right cheek. Some fans called for a boycott of “Alice Through the Looking Glass.”

Paul Dergarabedian, senior media analyst for comScore, said it was difficult to quantify how much the fortunes of Disney’s “Alice Through the Looking Glass” turned Friday afternoon when news of Heard’s allegations spread.

“I think the reviews had more to do with the film’s performance than any personal drama for Depp,” Dergarabedian said.

Before Heard’s court appearance on Friday, Tim Burton’s “Alice in Wonderland” sequel had been expected to open above $60 million. Disney estimates that the film, which cost $170 million to produce, will gross $35.6 million over the four-day weekend.

It’s a staggering fall for a sequel that returned Depp — one of Hollywood’s biggest stars, albeit with a recently checkered box-office history — as the Mad Hatter. “Alice in Wonderland,” featuring then-novel 3-D, made more than $1 billion worldwide in 2010 after opening with $116 million domestically.

“It’s a disappointing result,” said Dave Hollis, distribution chief for Disney. “We have embarked on a branded tent-pole strategy that makes big bets. But when you make big bets, there are times when you have results that are disappointing.”

Hollis declined to speculate on the impact the allegations against Depp had on the film’s opening.

It’s a rare blip for Disney, which is already crossing $4 billion in ticket sales in 2016 — a record pace buoyed by hits like “Zootopia,” “The Jungle Book” and “Captain America: Civil War.”

The flop of “Alice” made “X-Men: Apocalypse” look comparatively steady. But the seventh “X-Men” installment opened well below the $90.8 million debut of 2014’s “X-Men: Days of Future Past” or the $132.4 million bow of February’s “X-Men” spinoff “Deadpool.”

Still, the film, made for $178 million, has already made $185.8 million internationally. Fox had looked to keep expectations in check for the film, directed by Bryan Singer. It stars “X-Men” regulars Michael Fassbender, Jennifer Lawrence and others, but it introduces a number of newcomers, including Oscar Isaac, Tye Sheridan and Olivia Munn.

Chris Aronson, distribution head for Fox, called it not a reboot but “a readjustment” to pave the way for future installments featuring the new performers.

“I’m very pleased,” Aronson said. “It’s right on track with what our expectations were going in.”

Overall business over the weekend, according to comScore, was up about 5 percent from Memorial Day last year when Disney’s “Tomorrowland” bombed with $33 million. Boosting ticket sales were a handful of holdovers.

Estimated ticket sales for Friday through Sunday at international theaters (excluding the U.S. and Canada), according to comScore: