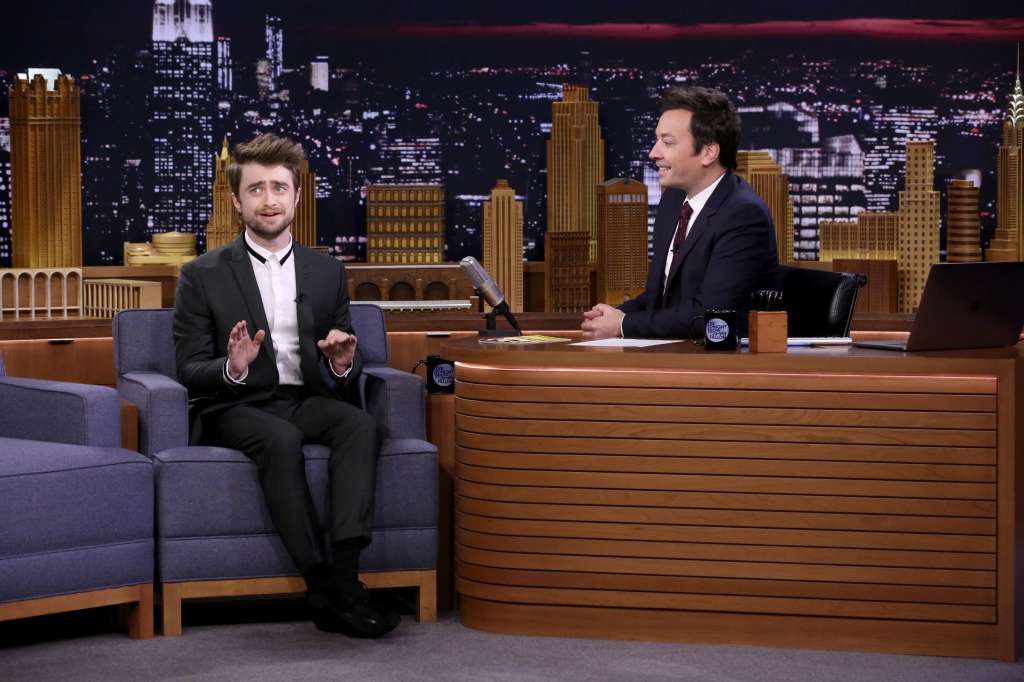 (CNN) — It may be seven years since the final “Harry Potter” film was released, but Daniel Radcliffe is still happy to engage with a little Potter-themed internet riddikulus-ness.

Radcliffe on Wednesday stopped by “The Tonight Show,” where host Jimmy Fallon had culled together some of the best Harry Potter memes the internet has to offer.

Radcliffe admitted he’d only seen “maybe a couple over the years,” adding to Fallon, “I feel like I should be educated.”

So, what did Fallon have to offer?

One meme featured a pug dressed as The Boy Who Lived, captioned “Harry Pugger.” Another showed Harry holding a golden snitch after a game of Quidditch in one of the films, with the caption, “If you’re havin’ Quidditch problems I feel bad for you son / I got 99 problems but a snitch ain’t one.”

In yet another, Radcliffe is seen in street clothes, staring off while at lunch. The caption reads: “Thinkin’ bout all them school loans wondering if your wizardry degree gonna work out.”

Radcliffe clarified the context of that photo for Fallon. “You know what that actually is, though? That’s me years ago out for, like, lunch or something, realizing there was a paparazzi to my right and being like, ‘Ugh. What do I do?'”

Radcliffe next stars in “The Lifespan of a Fact,” which opens on Broadway in October.