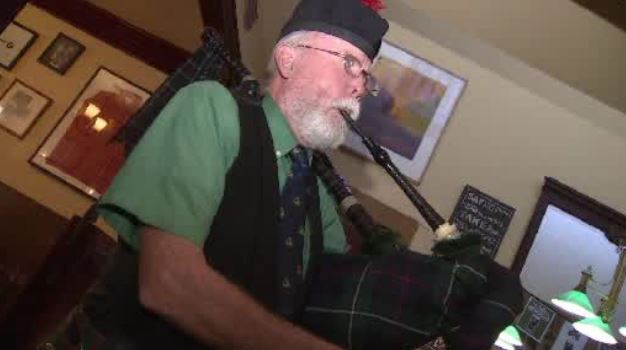 They say the first ever St. Patrick’s Day parade was in Boston, and the holiday didn’t come to Ireland until later. Now it’s a huge party in Ireland, and the Magic City isn’t far behind. Deco found the perfect spot to eat, drink, and be Irish.

If you’re like me, you’re so ready to celebrate St. Patrick’s Day.

Martin Lynch: "It’s wild. I mean, it’s the wildest thing. We’ve been doing it for 26 years, and every year it just gets better and better.

The Irish pros at John Martin’s in Coral Gables are celebrating this holiday all week long, and into the weekend.

Martin Lynch: "If for some strange reason — and I mean strange — you can’t make it here on Thursday, I mean, Friday, Saturday, Sunday will also be like St. Patrick’s Day."

But Thursday is the big day, and they’re planning to party it up big, starting in the a.m.

Martin would know. He’s one of the owners, and so is John, an expert in Irish grub.

In the kitchen, he’ll chop up some celery, onions, carrots. He’ll sauté some beef, top it with mashed potatoes and bake it with some cheese. Now that’s a shepherd’s pie.

Martin Lynch: "It’s all stuff that are in the Irish vein, and we do a lot of it."

They do a lot of drinking, too, an important activity during this holiday.

So let them make you an Irish creamsicle.

Martin Lynch: "It’s with Bailey’s, and Ketel One Aragna, and she puts a little green rim around it."

Throw down a shot of "Bailey’s and raspberry," or stick to beer.

Martin Lynch: "The big thing that day is Guinness, Harp, that type of stuff."

And don’t forget to toast to everyone’s favorite saint.