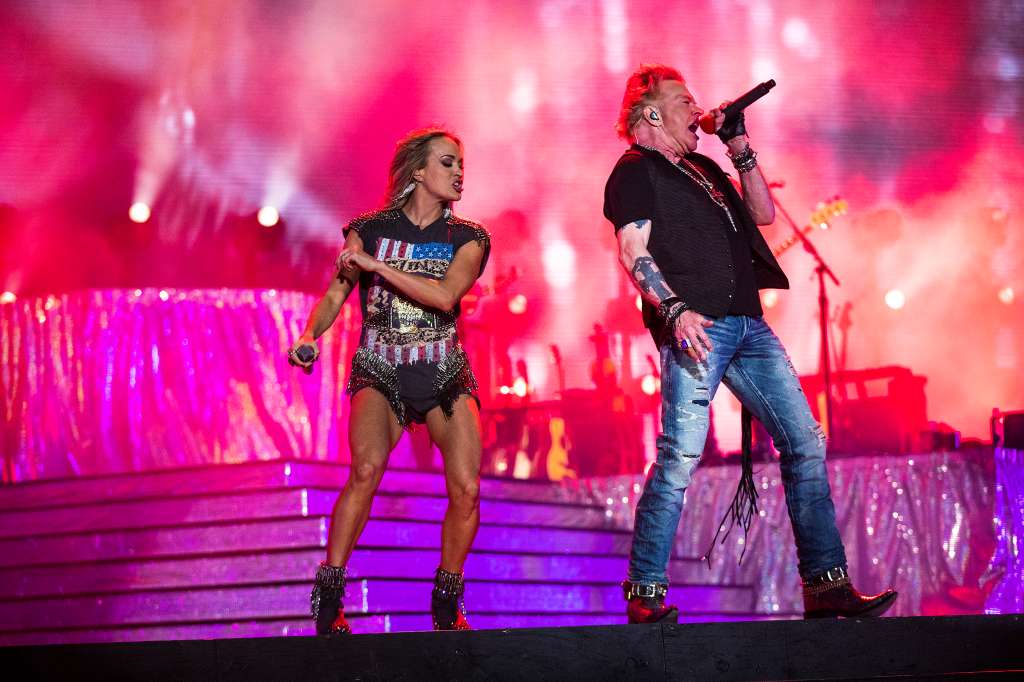 Indio, CA - April 30: Guns n Roses lead singer Axl Rose makes a surprise appearance with Saturdays headliner Carrie Underwood to sing a pair of the groups famous songs on the Mane Stage during the second day of the three-day Stagecoach Country Music Festival in Indio Saturday, April 30, 2022. It is the first Stagecoach since 2019 due to the coronavirus pandemic. (Allen J. Schaben / Los Angeles Times via Getty Images)

(CNN) — One of the biggest stars at country music’s biggest festival had quite the weekend.

Actress Ashley Judd announced Saturday that her mother had died at the age of 76.

The elder Judd had been one half of the legendary country duo The Judds with her daughter Wynonna. Underwood sang “See You Again” in honor of the matriarch.

“Country music lost a true legend…sing with the angels, Naomi!!! We’re all sending up prayers for the Judd family today…,” Underwood tweeted.

The former “American Idol” winner also brought out a special guest, Guns N’ Roses frontman Axl Rose, and the pair rocked out to his band’s hits “Sweet Child O’ Mine” and “Paradise City.”

“Welcome to the greatest night of my life,” Underwood told the crowd while introducing Rose. “Give it up for Axl Rose!”

Underwood is well known as a huge fan of Guns N’ Roses.