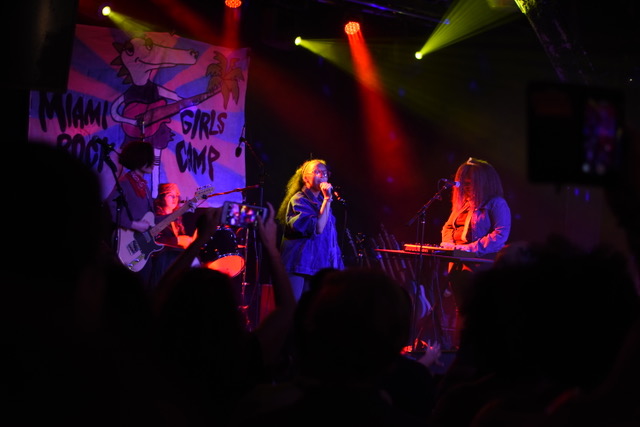 CORAL GABLES, FLA. (WSVN) - It might get loud in Coral Gables in the coming days, but fear not — it’s just campers rocking out at the annual Miami Girls Rock Camp.

It’s that time of year again where girls and non-binary youth come together in South Florida to form rock bands in an environment that promotes self-esteem, community and creative expression.

The annual music camp, now in its fifth year, offers a week of instrument instruction, songwriting sessions and band practice for the campers ages 8 through 17.

“We have steadily grown in the past five years and have moved into a new, bigger location at Coral Gables Congregational UCC,” said Emile Milgrim, one of the camp’s three co-founders. “We’re excited to continue to grow in this new space and bring more programming to our community for years to come.”

Students at the camp get to experience live performances by visiting artists and DJs, many of whom are an integral part of the music scene in South Florida.

Campers also participate in various workshops offered throughout the week, like yoga, dance and more.

The week culminates in a grand finale showcase where each band formed at the camp gets to perform an original song they worked on.

Along with a new location, the co-founders are also getting ready to introduce new programming, including a condensed version of the camp for adults known as MGRC: XLR.

The program will follow the summer camp’s formula over a three-day weekend in October for all women and non-binary adults over the age of 18.

The 2019 Miami Girls Rock Camp will run later this month from July 29 through Aug. 2. The finale will take place on Aug. 4 at The Ground Miami.