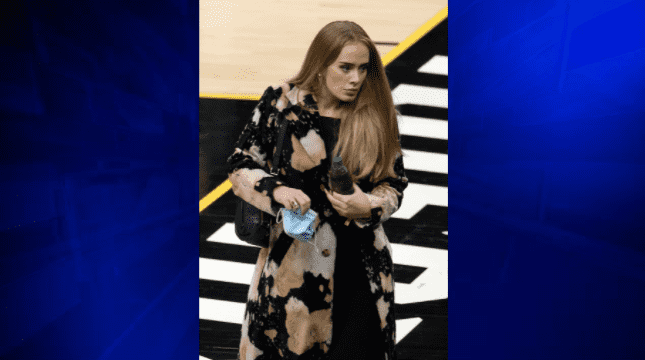 (CNN) — Adele fans think the singer has a new album coming. And they may be right.

Social media users this week began noticing signs and billboards with the number “30” in different parts of the world and believe that’s a nod to a comeback, nearly six years since the artist’s last album, “25.”

One Twitter user claimed that “30” signs had been spotted by fans in more than a dozen countries. A music station in Dublin posted a video with the number “30” on Camden Street.

On her 31st birthday, the artist seemed to hint her next album would be titled “30,” writing on Instagram, “30 tried me so hard but I’m owning it and trying my hardest to lean into it all,” she said, and added, “30 will be a drum n bass record to spite you.”

“Turning 25 was a turning point for me,” the singer wrote in 2015 about her latest album, adding at the end of her statement, “I’m sorry it took so long, but you know, life happened.”

Last summer, when one of her social media followers asked the singer if any new music was imminent, Adele had said at the time, “Of course it’s not. Corona ain’t over. I’m quarantining. Wear a mask and be patient.”

The “Hello” singer separated from her ex-husband, Simon Konecki, in 2019 and finalized their divorce in March. They have one child together, son Angelo, who is 9.

Earlier this month, she shared a post on Instagram that seemed to confirm the rumors that she is currently dating sports superagent, Rich Paul.

CNN has reached out to Sony Music and representatives for Adele but has not heard back.