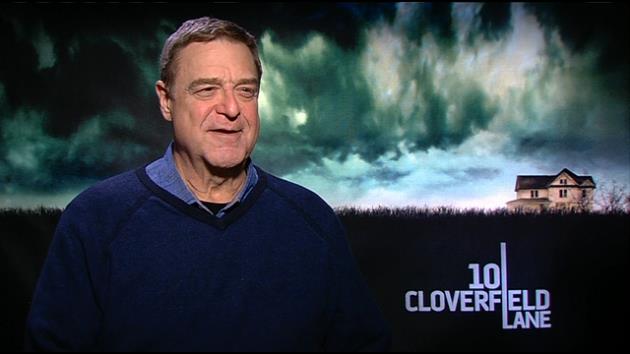 It’s the end of the world as they know it in the new movie, "10 Cloverfield Lane." John Goodman, Mary Elizabeth Winstead and John Gallagher Jr. have to hunker down together for the rest of their lives. Tonight, the stars tell Deco how they kept sane while shooting in one spot for months.

John Goodman: "He wants to think that he saved her so she can be indebted to him."

Mary’s stuck in an underground shelter with Goodman and John Gallagher Jr. when a chemical attack destroys humanity.

Mary Elizabeth Winstead: "When she wakes up in the bunker and he’s telling her there’s been some nuclear fallout, she’s like, ‘Why should I believe you?’ You know she hasn’t seen this herself.’"

The stars shot the entire film in the bunker.

Mary Elizabeth Winstead: "We were on that set every day, and long hours and inside, you don’t really see the sun, ever, so you don’t know what time it is or day it is."

So, they found different ways to pass the time.

Mary Elizabeth Winstead: "There was lot of hanging out, talking, eating, singing, listening to music."

Now, they aren’t giving away too much of the plot, but here’s their advice.

John Goodman: "Get your popcorn. That’s the most important thing to me, lot of salt and a Diet Coke to wash it down with."

"10 Cloverfield Lane" is now out in theaters nationwide.